Q&A: Brandon Robinson of Horizon Aircraft talks about its aircraft technology and exciting plans for the future 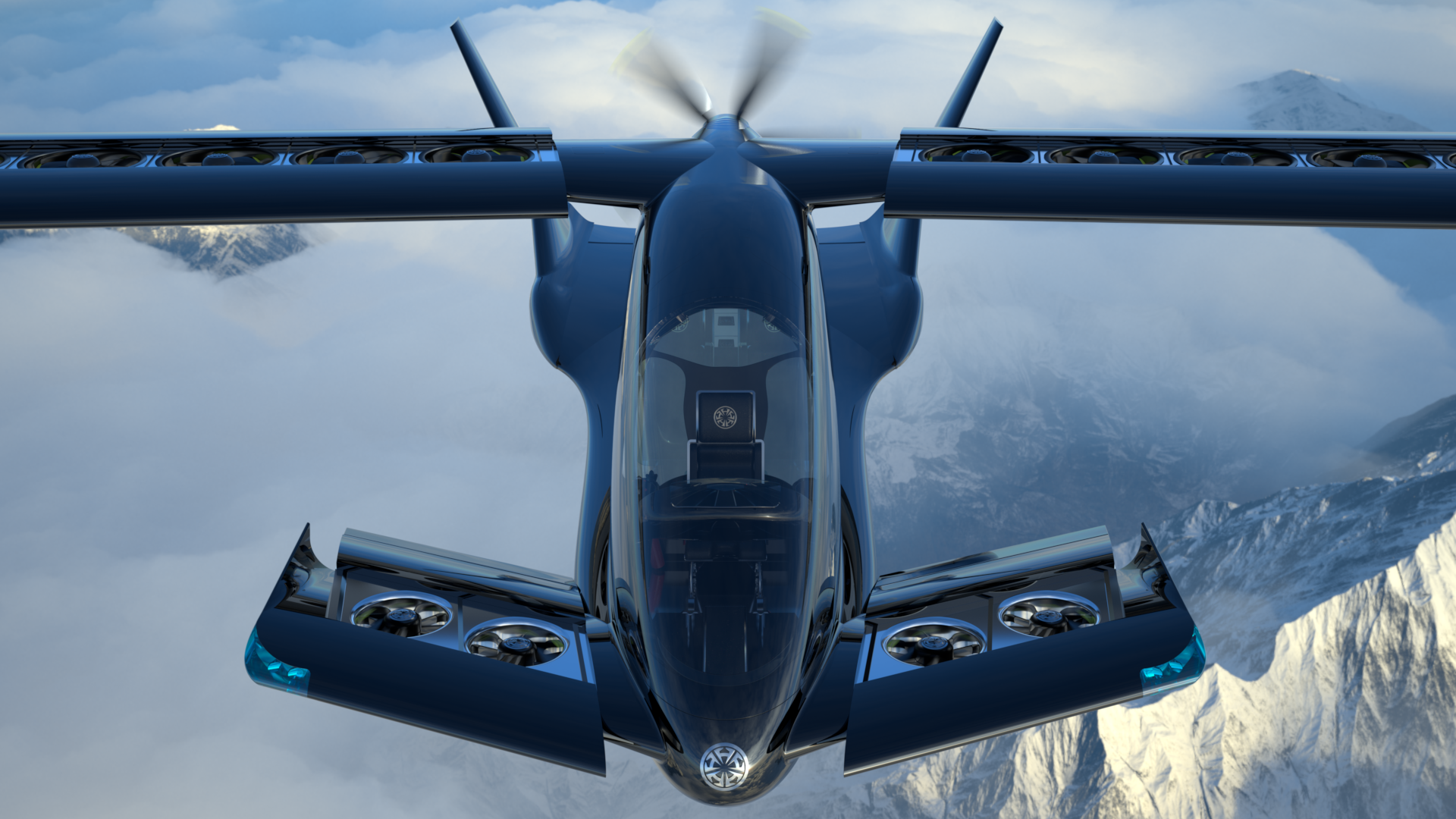 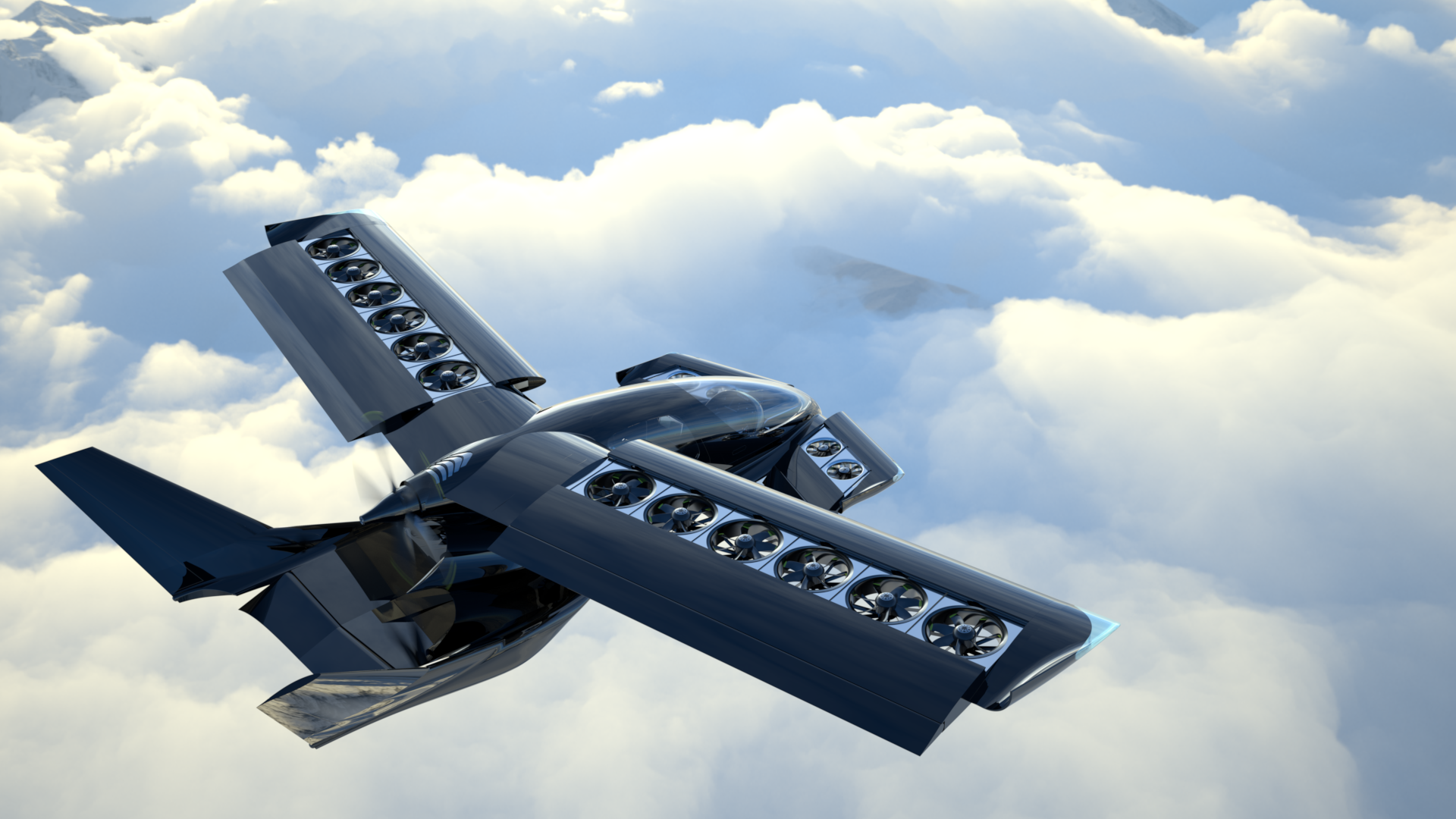 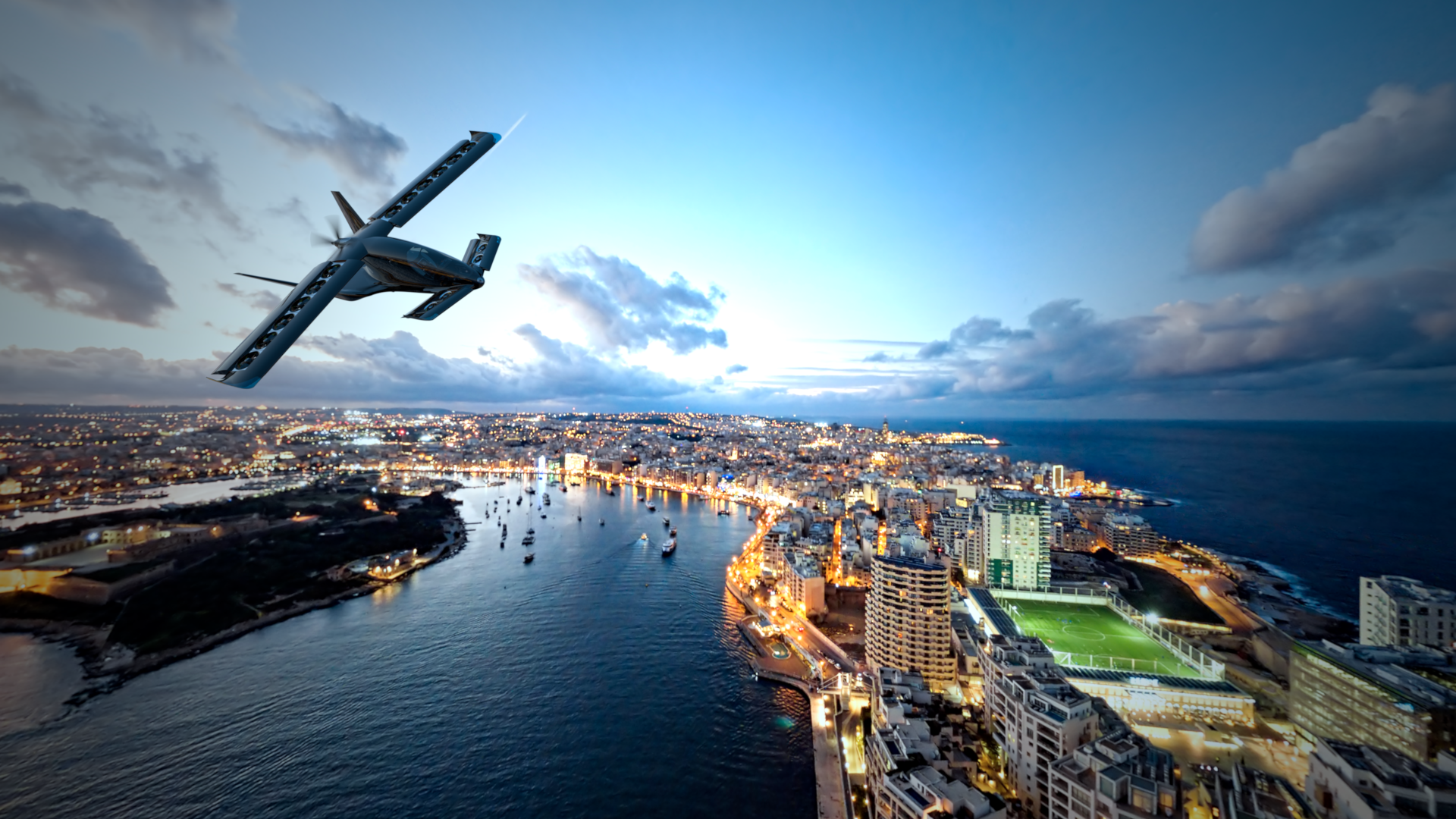 Designed to carry four passengers and a pilot, it will have a max cruise of 350km/h and a range of more than 500km. The Cavorite X5 also has a patent-pending wing system which will enable highly efficient operational flight.

A flying 1:6 scale test prototype is currently in development, while a full-scale prototype design is 40 per cent complete. The company plans to have this completed and flying within two years.

To get more details about the company’s background and vision for its aircraft, we spoke to Horizon Aircraft’s Chief Executive Officer and Co-Founder, Brandon Robinson, in more detail.

Q: Brandon, I understand you’re a retired CF-18 Fighter Pilot and Horizon Aircraft was started by you and your father Brian?

Brandon Robinson: “Yes, I was fortunate enough to have a long career in the RCAF where I flew jets, and Horizon Aircraft is a really cool story about my father and I working together to usher in the next generation of aircraft design.

“Towards the end of my career in the RCAF I had finished an MBA and was very interested in business and engineering. My father owned a high-tech custom aerospace engineering shop that focused on complex modification for general aviation customers so I began to see if there was an opportunity to help out.

“My father is a truly exceptional engineer whose work became increasingly popular in the marketplace. He specialized in difficult modifications and complex engineering that others could not easily accomplish. Close to 2013 there was a gentleman with the vision of a completely new type of aircraft that was based on our family plane – an RC-3 Republic Seabee that he and my grandfather built from scrap!

“My father had always been interested in electrification – using smaller, lighter and more reliable electric components in many of his projects. He had the idea to design his new prototype aircraft around a hybrid-electric power system.

“I realised the project would need additional financing, marketing structure and essentially a larger business structure so I entered the picture to help where I could and that’s when Horizon Aircraft was born.”

Q: That’s great to hear the story about your father and grandfather. Do you think the longstanding knowledge and expertise Brian has gained, along with your business background, gives you a good standpoint in this industry?

BR: “I think one of the keys to success for us has been that first of all, we’re very operationally-focused. I come from a background where planning and operational context is everything. The mission always comes first. Then we decide how we can go about accomplishing this mission within the various real-world constraints that exist. We had the same approach with designing our Cavorite X5 eVTOL.

“So, we consider bad weather, strong winds, unexpected requirements to divert to an alternate landing area. A deep understanding of the operational environment is critical to designing a machine that will function properly within it.

“The second key thing driving our success is my father’s technical skills and practical approach. He has been flying aircraft since he was 14-years-old and has many thousands of flight hours, so he understands the mission. He also understands manufacturing, so designing a machine that can be efficiently built has really helped to control costs.

“And as hard as we looked at it, we could not come up with a pure electric solution that made sense in the short to medium term. Longer term, sure – and our hybrid architecture is easily converted to pure electric when science catches up. But we wanted to design a machine that works tomorrow, would be safe, tough and leverage the eVTOL capability to further broaden its capabilities.”

Q: The Cavorite X5 looks incredible. Are you able to tell us more about it and where you think it can fit into the growing ecosystem?

BR: “The first thing you need to know is that it is the result of an evolution. We started with our previous X3 prototype – this version had many patents and it was designed for air cargo, medevac, and disaster relief missions.

“When we started investigating ways to increase operational flexibility and utility even further, we started talking about the emerging eVTOL possibilities and what a distributed electric propulsion system might unlock. We had many different concepts and were trying to figure out from a mechanical engineering and aerospace perspective, what made the most sense.

“The first thing that jumped out is these machines will need a usable range. Even if you’re designing a vehicle that will go 50km from building A to building B intra-city, it can’t arrive there with five per cent battery power.

“A machine that will do useful work over 50km will probably have a max range on the order of 100km or more, because it must get to its destination, perhaps facing un-forecasted headwinds, maybe diverting around bad weather, and then be able to abort a landing and head to an alternate landing area. This requires a lot of energy – more than many purely electric designs will be able to practically handle.

“The second thing that popped out was that windborne lift remains the most efficient way to fly. There are some amazingly complex designs emerging, but the only real useful way to recover the energy expended during the inefficient vertical take-off and landing portion is to return to a wing-borne flight for the maximum time possible.

“Those two factors combined to produce a unique concept and led to our patent-pending distributed lift system. Our system allows lift off vertically and then transition to forward flight as soon as possible. The wing covers then close and you have an aircraft that flies like a normal airplane for 99 per cent of the mission.”

Q: This also goes alongside the idea of public acceptance too. Do you think the mechanics of the Cavorite X5 will help reduce the stigma associated with those who might be against travelling in an eVTOL aircraft?

BR: “From a safety perspective, this is a normal aircraft that has an additional layer of safety built into it. So if the pilot goes too slow or has to go in and out of vertiport, they can do so because the wings open up and it turns into a helicopter that can stop in mid-air and then land and reverse. Also, as an injured patient, getting to the hospital twice as fast as in a helicopter is never a bad thing!

“From a regulatory structure, it also makes a lot of sense. The Cavorite X5 is fundamentally a normal aircraft with an additional eVTOL capability. This helps shape discussions surrounding certification and speaks to significantly lowering the risk during this process.”

Q: You’ve recently come out of stealth mode, but what can you tell me about developments? Do you have a projected timeline or roadmap that you’re working to?

BR: “We have a sub-scale prototype that will fly shortly. It will begin testing within the next two months, so we will have some great data by the end of March.”

Q: Coming out of stealth mode has also come at the right time, given the momentum seen in Canada and the work of government agencies to help bring this new era of aviation to life.

BR: “It is great and the support of the government is there. There are some really forward-looking individuals who have put together CAAM [Canadian Advanced Air Mobility Consortium] and NEXA Capital Partners and there are a lot of folk doing some fantastic work which is inspiring.

“We have also been lucky enough to team up with the Peterborough Innovation Cluster – under the leadership of John Gillis and Mike Skinner – and they have been incredibly helpful with telling our story and connecting us with useful resources. These types of initiatives are critical to incubate Canadian innovation and this is something we’ve experienced first-hand.”

Q: We see a lot of new partnerships forming between companies in this market. Is this something that Horizon Aircraft will be looking to explore as well?

BR: “Absolutely. We’re putting together a seed series financing round that is going to close at the end of March and we have lots of interest for that which will help us get through to the 50 per cent scale prototype, so we’ll have a large scale flying demonstrator within a year from close.”

Q: You’ve said the Cavorite X5 won’t just be for air taxi services, but for other use cases too. How important do you think it is to have this kind of technology made accessible to as many people as possible, and not just the rich and wealthy?

BR: “That’s a really good point and I think it comes down to fundamentally sound business cases. Production at volume is key to help drive down costs and make it accessible for everybody. Wide adoption is also key to help combat the growing pollution problem, with more than 750 million tons of CO2 equivalent produced by traffic congestion.

“But again, the key is developing an aircraft that is supported by sound business and operational fundamentals. There  is little doubt the future of urban and even regional travel will optimise use of the third dimension. Electric air-taxis will be a huge part of this and will democratise efficient travel. And it’s great that the result will also be a much more environmentally responsible way to move people around.”

Q: Do you have a target year of when you hope to be operational?

BR: “We’ll have a functional subscale prototype in 2022, where we’ll be well on our way to the full-scale version. We will go into low-volume production in around 2024.”

Q: Are you able to disclose how many aircraft you would hope to roll out each year, based on the idea of going into low-volume production?

BR: “Building your own machine will teach you a lot about how it’s built and some of the flaws in it, so there’s a process through low-volume production that’s really refining the product so it can be produced at scale with as low a cost as possible.

“A lot of CEOs would sit in front of you and say we’re basically going to build up an OEM from scratch and go into high-volume production, so by 2027 we’ll be selling thousands of these things. I think that’s the wrong approach.

“These companies build their teams to 500 people before they have a fully-refined prototype, try to set up high volume manufacturing with massive new facilities and also tackle the regulatory hurdles all at the same time. This dilution of focus can be crippling.

“So the team has discussed this quite a bit from a strategic perspective. We’ll remain focused on producing an amazing machine, and develop partnerships that have the expertise to help us versus try to bring everything in-house.”

Q: A lot of talk in the industry is the transition from piloted operations to autonomy. Is that something you’ve thought about with your aircraft at Horizon?

BR: “Yes, absolutely. We like to be realistic and pragmatic when it comes to autonomous operations. While the initial flight testing and architecture is all likely to have a significant pilot component to it, the smaller-scale prototypes will necessarily have a high degree of autonomy.”

Q: Is there anything else you’d like to add about Horizon Aircraft that you’ve not mentioned?

BR: “I would like to reiterate that we have a team who has designed, built and tested brand new aircraft from scratch. This is an exceptional group with a track record of innovation and success, and supported by an increasingly broad network that reaches across North America. Our Cavorite X5 eVTOL will be safe, efficient, and will be practically usable across a broad spectrum of missions.”